Taken in Bette’s flat near Portobello, London. circa 2009. Bette is famous for playing Quentin Crisp in the Tim Fountain’s play ‘Resident Alien’ but he is a grand old queen in his own right. (Tim’s portrait in next post)
In the 60’s he appeared in TV series such as The Avengers and The Prisoner but put his acting career on hold to become an activist with the Gay Liberation Front, becoming part of a gay commune in London. He started wearing drag and changed his name to “Bette”.
He founded a drag troupe called BlooLips. He’s done lots of stuff – check Wiki- but I was drawn to the grand old queen. He is part of my heritage. These queens are brave, tough survivors, they paved the way.
I have a really good series of images from this session but they feel really private and feel they are for later.

I also photographed him with Mark Ravenhill at The Royal Court, which became the poster both here and in New York for their stage collaboration, ‘A Life In Three Acts’. A series of conversations between the two about Bette’s life. He is a raconteur in the style of Crisp and Wilde. Photo below. 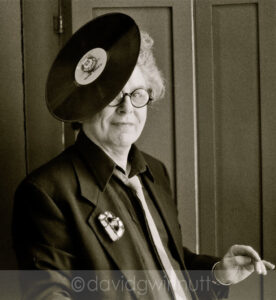 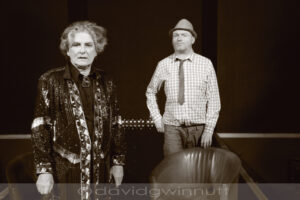